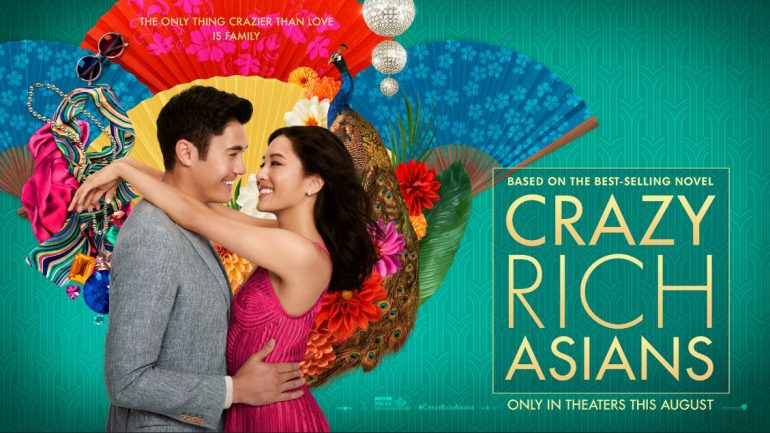 [Image sourced from http://www.crazyrichasiansmovie.net/gallery]
[Note: Spoilers contained in this post!]

For a few weeks now, I’d been asked if I had watched Crazy Rich Asians by my friends and family. After watching it this past week, I decided there really is a lot of content in it that is worth noting and writing about. I won’t get into summarizing the story, as my friends who are reading this have already watched it, so these are just my thoughts on the deeper themes portrayed throughout the story.

As a movie, it really was a very entertaining and comic film. It was also exceptional at revealing the intimate details of the unwritten cultural rules and codes of being Asian and growing up in a traditional Asian family. That the whole cast is Asian, and that there was not a single fully non-Asian even as extras is actually pretty representative of what you find when you’re in a traditional, wealthy Asian society, at least from a mentality standpoint. Following what my lineage wanted to the T, I would breed within my social class and race, and the higher up in the net worth scale your family is, the higher the importance of these two factors. I wish I could say the film exaggerates this, but that really is something that is still important today.

One thing I appreciated about the film in this regard was that it represented both sides of the coin pretty well. While the traditional, sacrifice for family side was portrayed as antagonism, and the progressive, pursuit of happiness side was portrayed as protagonism, the film did fairly portray both sides. I found myself feeling not sure as to which I would really side with – there are strong, legitimate economic reasons to follow the traditional side, yet the flipside of it is that it feels like a never-ending suffocation prison of having no authority to make decisions in your own life. Further implications of this to follow.

An aspect I felt a distaste for was the wealth and opulence that the story is set in – I get it, it’s titled “Crazy Rich” Asians, not Asians. But seeing all those scenes of the houses and private islands being filmed in that way, the cronies and the materialism – it made me feel like it was being a competing Asian equivalent to Fifty Shades, and the dangerous threat of the rising narcissism in our society today. While I actually like Fifty Shades for other personal reasons (no, not just those reasons), where I think these representations are shortsighted is that it does not show where we got all this money, just the lifestyle that revolves around materialism and narcissism. In a world of social media envy and Instagram perfect, I’m concerned for this for our younger generations and the lifestyle expectations it creates. Yes, I get that it’s fiction, and maybe it’s better than portraying war, violence, and vampiric stalker boyfriends. But I do think it speaks to current power in the collective unconscious of both this materialistic, narcissistic lifestyle, as well as the surprisingly fast rise of China as an economic superpower.

Onto the characters, I really had an issue with Nick as a character, as well as the relationship between Nick and Rachel. Being a complete fit to the “strong woman” archetype myself, I have a real problem with the situation between Nick and Rachel. Just because someone is strong and able to handle a dead gutted fish and threat written on her hotel bedroom at a bachelorette party, does not mean that she wants to! Or should, for that matter. Speaking from personal experience, it’s not good enough in any way to be in a relationship where you’re strong and take all the hits of the situation you in reality do not have to be in, that is also caused by your partner in many ways. If you’re going to have me thrown into your tank of pet piranhas, first of all, I don’t really want to, and second of all, the least you can do is at least tell me what piranhas are so I can do some preparation! Nick leaves Rachel with zero preparation for any of the things she might encounter, and if he spent that much time thinking up a proposal scene, I think he could spend some time thinking about what his family and friends might think about Rachel.

It’s not like he’s clueless either – he knows his mother Eleanor let his grandmother raise him to redeem herself for not being the daughter-in-law the grandma wanted. He knows about Astrid’s relationship, and all the other cousins’ relationships and how the family feels about them. Yet he’s dated Rachel for a year, already has a ring for her, and Rachel is surprised that they’re taking a first class flight. Some serious escaping life he’s doing, and surprise, it doesn’t just go away even if you escape it. It also highlights a lack of forethought when considering marriage and its intentions and purposes.

What I’m most concerned about is having grown up first thinking it’s terrible to be a strong-willed woman (in traditional Asian society), then realizing it’s actually better than having your life be fully controlled by other people (once you get over your own manipulation issues), but now, realizing that in counterenergy to the strong willed Miss Independent archetype, we’ve created this zero accountability man lover archetype. The man who loves you so much because you’re the most capable amazing woman he’s ever met, and so different from any other woman, and you’ll change his life and he won’t have to do anything but propose. F that.

(Clearly someone needs to work on her issues around this, but that’s another story)

Anyways, in the scene where Colin and Nick escape the bachelor party to the hut on water, Colin asks Nick if Rachel is ready for facing his family in a marriage. He reminds Nick that he is untouchable, but Rachel isn’t. Did Nick not ever think about this before considering proposing? I find it selfish of him to not have put Rachel into consideration in a marriage proposal, even if she is a strong woman who can handle anything. The other scene that really hit home for me was the wedding scene where Araminta is walking down the aisle, and Nick was so proud that Rachel wasn’t meekly hiding in the back – that she was the strong, independent woman he loves, facing everything full-frontally. It was an emotional scene flashing between Nick’s in love face, Colin’s in love face, Rachel’s omg I’ve made it this far face, and Eleanor’s face of desperation of what if she really can’t win here. While I was moved emotionally, I thought, why does it have to be that hard? Why does it have to be that hard to be happy in a relationship? Might we girls be too strong for our own good? I’m still trying to understand this whole situation myself.

My final note on this is what my true sentiments about the entire movie is revolved around: the lack of a solid resolution being created in response to the perspectives of the two sides that were portrayed. As I mentioned earlier, the representation and depiction of the issues that face our Asian communities were very well done – they were intimate, intricate, and accurate. Where things fell short and why I couldn’t appreciate the ending was that there was no solution that was created between the two sides – the traditional Asian path vs the progressive American path – thus providing us no better answers than what we have to go off of now.

Maybe it’s the marketing storyteller in me, but stories have to provide us better answers to be valuable. We as individuals (the characters in the plots) have to transform ourselves through stories, when we realize we cannot transform our circumstances. Stories and art are places where we can explore different realities, and this was a lot of exposure, but zero resolution.

Some people wrote in reviews that it’s because Eleanor cares about family that she wanted Nick to be happy in the end, but I really didn’t feel that, because caring about family would ultimately still be about the estate and the carrying down of the tradition, not just one generation’s happiness. The story compensated a little for this by having Astrid and Michael’s relationship fall apart out of their differences with each other, but overall it only provides a solution of one side has to give up their power. I really do not think that is a solution by any means. Not that I suggest compromise where we 50-50 it (à la Americàn), but when there are conflicts with such strong energy and intentions behind them, there are solutions that are equally powerful. This film does not explore that in any way.

This question actually digs into the spiritual truth of All is One. What Eleanor did, to find ways to redeem herself through sacrificing as much as she could for the family, just continued the power structure. She yielded to the tradition. What that does is just pass on a locked-in model of homogeneity (she chose to give her differences up), where it’s more rich Asians carrying down the gigantic empire where one family has six maids and the kids all go to British boarding school. This serves to keep people out, further encourage inequality, and ultimately intertwines with selfishness, greed, stinginess, and the retention of wealth in the upper classes. It fundamentally violates what our soul knows about all is one, even though there are positive externalities to it.

I believe that we’re coming out with these strong personality women and zero accountability men archetypes who do not want to follow the norm and have strong courage because there’s something about this structure that has to break down at some point. Spiritually, it is not sustainable that we continue to violate All is One. We see in any us against them model, that it isn’t just the tradition that seeks to perpetuate the violation of this spiritual law, but also the progressive beliefs of going against the tribe and following your own happiness. While we’ve not matured in these relatively new archetypes enough to find a solution just yet, it’s important to consider it on the horizon as something we’ve to collectively work on in order to move to the next level.

Overall, I have to say it I found it entertaining, and it did illustrate some powerful concepts that I had been grasping with myself. I found myself feeling very ambivalent, especially in the scene where Rachel and Eleanor play mahjong, and Rachel asks, “Don’t you want your son to be happy?” And Eleanor replies, “Happiness is an illusion. We know how to build things that last.” A decade ago going to college, I would have sided with Rachel, thinking what’s the point of stuff if you’re so unhappy? Yet today I’ve found myself feeling ambivalent, thinking that while I don’t seek to accumulate stuff, I don’t think happiness is the answer. It leads to a self-contained narcissistic life, because the world at large isn’t going to give you happiness, not just when your heritage attempts to control it.

While I’m thrilled that this movie was produced and created, I find there’s a lot of work for all of us to do that can’t be concluded with a happy go lucky engagement party. To really resolve the issues the film presents, it is going to take serious spiritual work within us to transform these old structures, so that we can create something that truly lasts – something in the plane where we can take with us when we go.